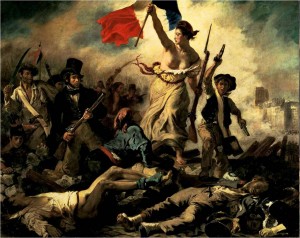 Although women have always written about conflict the majority of war writing, from ancient times until today, is by men. This is perhaps not surprising as few women have experienced combat but now, in an era when female combatants exist in greater numbers than ever before and when the number of female journalists across the world is rising, there’s still not a substantial canon of literature written by women about war.

As the number of female war reporters rises, the number of those writing books about their experiences has increased – women like Lindsey Hilsum on Libya, Janine di Giovanni on Syria and Kate Adie’s memoir about her life as a war reporterto name a few – but these are all non-fiction accounts. Non-fiction books about war by women who are not war reporters also exist –examples include Samar Yazbek’s two books on the war in Syria and Svetlana Alexievitch’s book about World War 11 – but most of the fiction lists contain men’s names –Tim O’Brien, Sebastian Faulks, Kurt Vonnegut, Khaled Husseini, etcetera.

Is the problem our definition of ‘war writing?’ When we extend how we define writing about war, the field does become larger. Most of women’s fiction writing on war is less direct – it is rarely about combat and more often on the consequences of war – dislocation, refugees, and families. And it’s necessary to use a wider definition because war isn’t only about combat. Civilians directly experience war through bombing, dislocation and loss of family members, while women are more likely to experience rape.

Yet of the women who’ve directly experienced combat, very few have fictionalised their experiences. One example is Michelle Wilmot who served in Iraq from 1998-2006. Her novel, ‘Quixote in Ramadi: An Indigenous Account of Imperialism,’ is a dark but humorous book which deals with issues of neo-colonialism, homicide, genocide, and ethnic persecution. It tells the story of an indigenous female soldier in the US Army who is deployed to Iraq at the height of the tension of the Fallujah massacre and the Abu Ghraib scandal. However this book is an exception. Why then are so few women writing of their combat experiences and turning this into fiction? Is it because women feel more comfortable writing about war from a different perspective? Are women afraid to speak out? These are not questions I can readily answer.

Writers – irrespective of gender – do not have to experience war to write about the subject. Katey Shultz’s short stories, ‘Flashes of War’ are about the effects of the War on Terror on both soldiers and civilians. Cara Hoffman’s novel, ‘Be Safe I Love You’ explores what happens to a woman after returning from combat duty in Iraq. Helen Benedict’s ‘Sand Queen’, was described by The Boston Globe as “’The Things They Carried’ for women in Iraq”. The material for ‘Sand Queen’ came from Benedict’s research for her 2009 nonfiction book, ‘The Lonely Soldier: The Private War of Women in Iraq.’ Roxana Robinson’s ‘Sparta’ tells the story of soldier Conrad’s first year home, interspersed with flashbacks to his time in Iraq.

American women writing about recent ‘foreign wars’ is, as evidenced above and in the link below this article, greater than one might suppose at first glance. However war writing still continues to be constructed as the domain of men – Michele Robert’s book ‘Ignorance’ about two sisters under occupation in France was described, when reviewed, as a book about women rather than war though Pat Barker’s ‘Regeneration’ series, set in the First World War, does feature in lists of war writers. When it comes to British authors today, few currently tackle the subject of war. There are a couple of novels about the Troubles in Ireland, (Edna O’Brien’s ‘The House of Splendid Isolation’ is one, another is Kate O’Riordan’s ‘Involved’) and there’s Alison Layland’s novel ‘Someone Else’s Conflict, which deals with the brutality of the Balkans War and my own novel, ‘A Bird in the House’ set partly in Libya during the fall of Gaddafi, but generally we have to travel further afield to find women writing about war – to Pakistan, Iraq, Africa and Asia.

In ‘Burnt Shadows’ Pakistani writer Kamila Shamsie writes about the shared histories of two families from the final days of the second world war in Japan, and India on the brink of partition in 1947, to Pakistan in the early 1980s, New York in the aftermath of 11 September and Afghanistan in the wake of the ensuing US bombing campaign. Maaza Mengiste’s book ‘Beneath the Lions’ Gaze’ is set during the Ethiopian Revolution of 1974 and Nayomi Munaweera writes about the Sri Lankan civil war in her book ‘Island of a Thousand Mirrors.’

On the Balkans war we have ‘S: A Novel about the Balkans’ by journalist Slavena Drakulic – the story of a Bosnian woman in exile who has just given birth to an unwanted child after being repeatedly raped by Serbian soldiers in the “women’s room” of a prison camp and there is Sara Novic’s ‘Girl at War’ – the story of a ten-year old girl in the conflict – but there are not many novels written by women about the Balkans conflict (although some books do remain untranslated, such as ‘Hotel Zagorje’ by Ivana Bodrožić).

It’s perhaps too early for many novels to have been published about the current refugee crisis although there are novels about refugees from Afghanistan – like Caroline Brothers’ novel ‘Hinterland’ about two boys escaping the war in Afghanistan and ‘Under the Persimmon Tree’ by Suzanne Fisher-Staples while Hawra al-Nadani’s ‘Under the Copenhagen Sky’ explores issues of dislocation and foreignness. Certainly on the topic of refugees, men and women writers appear to be more evenly represented.

Where you can find the most women writing about war and its effects is in the Middle East. This is perhaps not surprising given the recent history of this part of the world. Lebanon’s 15 year civil war (1975-1990) has produced Hoda Barakat’s ‘Stones of Laughter,’ Syria, Rasha Abbas’ The Gist of It (short stories), Palestine, ‘Mornings in Jenin’ by Susan Abulhawa, Iraq, Duna Ghalil (Orbits of Loneliness) – among others. However, with perhaps the exception of a short story by US-based Iraqi author Faheeha Hassan whose story ‘Mass Grave,’ is told from the point of view of a male soldier, these novels explore the effects of war rather than combat.

If I were to include poetry, short stories, flash fiction and blogs the list would widen but there’s not scope for that here.

To conclude – the more you dig, the more you find that there ARE women writing fiction about war across the world, especially if the definition of what ‘war’ means is extended. Nonetheless I would say that there appears to be more of a silence from British, European and American women writers.

For a list of other women who have written about war and conflict go to:
http://www.huffingtonpost.com/soniah-kamal/women-write-war_b_5662555.html