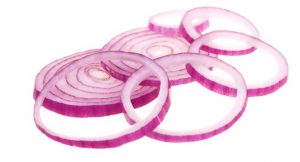 She expects the worst; she always has. She keeps the cupboards crammed with tins of soup and tuna, jars of pickle and jam, and she phones her sister Lily with a warning.

Now she must paper the window white, collect Cornflake boxes and fill them with sand. She will crouch under the kitchen table. How will she manage with such ancient knees? Perhaps she will try the cupboard under the stairs. She keeps a blanket there. But what if those men come with guns? What will she do then?

The sky is sapphire blue, unstained with cloud. A dove coos. Primroses bloom on the bank. The willow has shed its catkins: they lie like tails on the new grass. She peers through the window. There’s no sign of dust or a poisonous plume of sulphur. The jars do not shake on the shelves. Nothing stirs.

It’s a lie. There are things you cannot see. The sky is too blue, too perfect; the leaves hanging uncannily still on the trees. THE CALM BEFORE THE STORM. On such a day Fred dropped dead on the carpet. No symptoms, no complaints, not even a touch of indigestion. He gave no warning – not a grunt, a sigh. But he left her the house.

She turns on the news. The planes are grounded. Someone is running in the streets with a knife. Raw onions can kill. You see – THEY know. THEY won’t say. THEY never do.

It could last a year. Two years. Forever.

If it’s not the volcano, it will be the bomb, a solar storm, an epidemic, the men with beards, an asteroid, robots, or those new-fangled flying things – what are they called – they sound like wasps.

The doctor told her Fred had been in to see him. ‘Heart trouble, Chest pains. Didn’t you know?’

If it’s not the volcano, it will be an earthquake, the ground swallowed up. A tornado, a twister, a tsunami, World War Three.

When THEY play music on the radio you know it’s all ending.

How blue the sky is. Such a glorious blue.  It pays to be prepared.