The boy picked his way through the rocks. A wind was blowing, making a small, whistling sound. It ruffled the pools where shells lay. From time to time he stooped and picked up a stone, a feather; a shell. Once he found a tiny bird bone, white, scoured and fragile. His mother walked ahead of him, her long black hair swinging to the rhythm of her steps. He did not take his eyes off her for long. 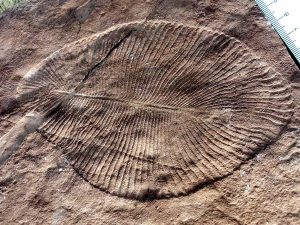 ‘Thomas!’ she called, turning. ‘Thomas!’ Her voice was fragile like the bone. It blew across the rocks with the wind and broke.

He caught up with her at the flat rock where they always sat. Usually she would point out the birds on the shoreline – a beady-eyed herring gull, a sleek cormorant; the black and white oyster catchers with their red beaks. He liked the sound of the curlews best of all – the notes bubbling like the streams that ran down the shingle bank from under the low cliffs.

But his mother wasn’t talking today. She was bent over, her head in her hands. He watched the oyster catchers and the black-headed gulls as they walked up and down the line of wet sand. Sometimes they took flight but they soon settled again.

Once he reached for his mother’s hand and she held it briefly. She did not look up.

‘Why is the sky blue?’ he asked after a while though he knew the answer.

His mother shook her head like a dog emerging from water. She sat up. There were lines of tears on her cheeks. ‘God made the sky blue so that we could rest when we looked at it. A red sky would be very tiring, don’t you think?’

She didn’t believe in God. She had told him so.

They walked as far as the Point. It was a long way. The tide was up and they had to walk on the shingle. His legs tired. The wind was stronger now and the waves no longer playful but swollen and angry.

‘We better not go any further,’ his mother said.

He was glad of that.

She sat down on the shingle. He did not join her. ‘I’m taking a break, Thomas. I’m going away for two weeks.’ She had never been away before. It had always been the three of them – until everything exploded. ‘You will stay with your father. It’s all arranged.’

On the way back he walked along the shoreline. The tide had ebbed a little. In some places the sand was more like mud. His mother kept to the shingle. He had nothing to say to her.

His father took him to the museum in town. They looked at the old boats, the ancient diving suit; the model of a lighthouse. Thomas liked the whale skeleton best. It was so big and clean and white. He wished he could crawl through it and he imagined touching the smooth bones, feeling himself small inside.

After the museum they ate in a restaurant. There were crisp white cloths on the table and candles in glass holders. It was very quiet. Thomas ordered breaded fish with vegetables and chips. Here they were not named chips but ‘French fries’. Thomas did not understand why but he did not ask. His father ate salmon. It was pink and covered in a pale, thick sauce.

‘What are you learning at school?’

Thomas chewed on a French fry. It tasted good, not quite like a chip, but good all the same. ‘We’re learning about volcanoes. There are over 1,500 active volcanoes in the world.’

‘Sounds interesting,’ his father replied. A piece of salmon had stuck to his beard.

His mother smiled when she picked him up. She even smiled at his father and later Thomas heard her laughing on the telephone. I’ve had a wonderful holiday, oh the best, she said. She flew across the sea all the way to Italy. But Thomas thought about the holiday in Cornwall by the lighthouse with the three of them. How long ago it was.

His mother did not ask how he had got on at his father’s house. That was good. He never liked the questions she asked. Who was there? Has your father got a girlfriend yet?

But things soon turned again. He heard his mother crying in the bedroom. She had her hair cut so short it looked like the grass at the edge of the field. Sometimes she got up past midday. Sometimes she just stared out of the window and her eyes became the windows, glassy and blank.

Thomas made boats out of paper in his bedroom. He made a lugger, a dory and a trawler. He tried to make a skeleton of a whale using pipe cleaners but it collapsed and he gave up.

There were days and days of heavy rain. Rain dripped into the bathroom. His mother put out a bucket to catch the drips. They did not return to the beach.

One night his mother ordered pizzas. This was odd. It wasn’t his birthday; it was no one’s birthday. It wasn’t even the weekend. Thomas ordered a margarita, his mother a Veneziana. She said that the Veneziana came from a city built on water; this was a city she had visited on her trip; a marvel. She showed him a picture of a gondola. It reminded him of a black swan. He would try and make one.

When the pizzas arrived they sat at the table to eat, instead of balancing the plates on their laps.

‘You know some strange facts.’ His mother’s face was flushed.

She told him a joke about an elephant and a monkey. It wasn’t very funny but they laughed anyway and that night he did not hear her crying.

The next day the rain was gone. It was cold but the sun was out. Everything looked so bright it made his eyes hurt.

She did not walk ahead of him this time. She took a lot of photographs. His father had bought the camera for her birthday but she hadn’t used it in over a year.

‘Look at this Thomas,’ his mother said pointing at a dark red anemone. Her voice sounded like a slow wave.

They walked up to the Point along the shoreline. The tide was low, exposing the long reaches of muddy sand. In the sand were rivulets in the shape of trees. A cormorant stood on a rock, waiting for fish.

‘How would you feel if Dad came back?’ his mother said suddenly.

Thomas bent down and picked up a stone. There was a fossil inside it; a fern. He’d never found anything like it before. He slipped it in his pocket. He did not show his mother. ‘That would nice,’ he said.

She threw her head back and laughed. ‘Is that all you can say?’

He kicked at the shingle. He didn’t understand why he felt so angry.

When they reached the Point he pulled the stone out of his pocket.