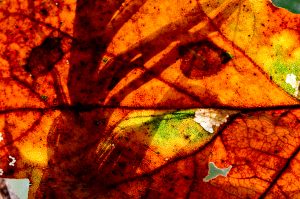 There were so many leaves floating on the water, the pond resembled Joseph’s coat. Or a rag rug, the girl wasn’t sure which.

She was walking with the boy in the wood, a pretty place out on the edge of town, populated with beeches, oaks and hazels. An hour ago they had been wrapped up in each other, the sheets wrinkling under their naked bodies. But now they were arguing because the boy wanted to buy a car.

‘We don’t need a car,’ the girl said, pouting in that way she had.

‘We’ll be able to go away together,’ the boy said. ‘Think of all the places we might go.’

‘Nothing is stopping us now.’ The girl scowled and curled her lip like the dead leaves.

The boy just shrugged in response. He thought the argument a waste of time. ‘It’s up to me. I’m the one who’s buying the car. I don’t see why you’re so against the idea.’

The girl stopped walking and folded her arms across her breasts. The boy knew that she meant business because she always made that gesture when she was angry. ‘You know why I’m against the idea? A car is environmentally unfriendly.’ She sneered at him. ‘Or do you think Global Warming is just a joke?’

‘Even so.’ The girl did not unfold her arms. She stood there unmovable like a mountain.

‘You promised.’ The girl begun to tremble. The boy could see it. ‘You promised we’d do nothing to hurt the planet. ‘

‘That’s impossible,’ the boy said. ‘No one can live like a hermit.’

‘Leave only footprints, that’s what you said.’ The girl took a step forward. Now she was standing under a silver birch.

‘There’s no point.’ The boy sighed.

The girl picked up a handful of leaves and threw them at the boy.  They went nowhere. Just scattered back on the ground.

He laughed. ‘You won’t save the planet that way.’

A gust of wind flew up and eddied down the path. The leaves whirled in the air before settling again.

The girl didn’t see the boy at the weekend. She met up with her friends. The friends were talking about what they would buy in town. It was almost party season, they said. They would need high-heeled shoes, sequinned dresses, lip plumper’s and false eye-lashes.

‘Today is National No Shop Day,’ the girl said. ‘You shouldn’t be buying.’

‘I need tampons,’ another friend said. ‘You can’t count those.’

‘They bleach tampons,’ the girl said. ‘If you must buy them, buy unbleached. Or use a cup.’

In the afternoon the girl walked into the woods alone. She tried not to think about the way the boy kissed her, the way he stroked her breasts and licked her belly. The weather had turned cold and damp, the cloud like a thick grey mattress in the sky.

She collected a pile of leaves and stuffed them into her rucksack. The leaves were rust, yellow, green and red. At home she sewed the leaves onto a Hessian sack.  She cut armholes in the sack, a hole for her head. It wasn’t haute-couture but the colours were beautiful and the garment crinkled as she walked.

She would show them.

The girl walked as far as the woods. The walk uphill. Many steps. But she had made her mind up. The best way to save the planet was to die. That way she wouldn’t have any children to add to the earth’s population and she wouldn’t be tempted to buy a mascara wand or a pair of silver shoes.

There were so many leaves floating on the pond it resembled an old rug.

She walked into the water. Mud filled her shoes. The water cold but shallow. Shivering, she stepped carefully through the thick dead weeds towards the middle of the pond. Even here the water reached only reached half way up her thighs. If you were going to drown yourself, this was not the place. Now the idea seemed stupid.

She didn’t want to die anyway.

The girl walked out of the pond and down the road, dripping leaves and muddy water.  She shivered in the cool wind but she passed no one. Only that old cat, the one with the fat belly and half a tail.

Half way home she started singing, ‘Baby, we were born to run.’ An old song, like the cat. One her mother liked.

She’d save the planet another day. Oh, yes she would.