Some novels are more plot-driven than others – compare, for example, The Dry by Jane Harper with a book like Virginia Woolf’s The Waves. Your novel does not have to be plot-driven, nor do you have to feel that digression is something to avoid. Personally, I love reading asides, or delving deep into the head of a character through a long, internal monologue. I can get enjoyment from reading about the landscape, or learning about a character’s hobby, or being taken on a philosophical journey, and even a plot-driven thriller needs its quiet times – otherwise the reader can feel dizzy – as if they are on an endless merry-go-round. 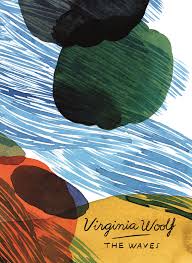 But whatever genre you write in – plot matters. If you don’t think about plot carefully before setting down to write your novel, or you make too many plot changes half-way through the writing, you can feel as if you are stuck in a maze with no sign of a way out. Plot doesn’t have to be linear. You can use flashbacks, or tell a tale from back to front, but it does at least have to make sense.

Unless you are writing a ‘whodunit’ in the Agatha Christie vein, most plots are character driven (and to be frank, even in a ‘whodunit’ character matters). The main consideration for the writer is why, when and how. You must ask yourself some serious questions about each character. Why is she running away? Why now and not tomorrow or next week or last year? Or, why is this character, rarely impulsive, now behaving with reckless abandon? What has propelled him to take this action?

You must also consider consequences. What are the consequences of this character running away, both for the character herself, but also for the plot? Will someone come looking for the runaway or not, and if not, why not? You have to keep asking these questions in order to come to the end, the conclusion of the book.     Plot also has to be believable. This is the ‘how’ of the plot. We’ve all watched films or TV series where a set of coincidences or a series of clumsy plot devices leaves us rushing for the off-switch. Or something doesn’t make sense. That’s not to say you can’t write coincidences – I’m sure we can all think of some quite extraordinary coincidences in our own lives – but you must examine them under a microscope. Are they believable? Can you take the reader with you?

The writer must beware the dreaded ‘plot-hole’. These can be even more dangerous than the pot-holes in our increasingly poor roads. Plot-holes can be inconsistencies in location or character that can’t be explained, or questions not answered in the initial premise of the novel, or one scene not being connected to another. Googling ‘plot-holes’ brings up dozens of examples. Who killed the chauffeur in The Big Sleep? The book provides no clue, and when William Faulkner and his team encountered this problem in writing the script for the film version of the novel, they called Raymond Chandler to ask him. Chandler’s response was, ‘Damned if I know.’

Plotting your novel doesn’t mean you, the writer, has to get bored. Your characters can still surprise you along the way, and, as I said in the first paragraph, there is nothing wrong with taking a meander. But if you make big changes half-way through, or you are unsure of some aspects, you will run into trouble. I know. I’ve done it. Doing it means an awful lot of re-writing. You may, of course, decide half-way through that you’ve made a mistake and want to change what happens. That’s your prerogative as a writer. Perhaps half-way through you’ve found a better way. Just be aware that a re-write which involves changing the plot requires a great deal of work.

If you are lucky enough to be offered a publishing deal you will probably be asked to do a structural edit. This involves looking at the ‘big picture’ elements of the narrative and characters, and examining which of these elements are working and which could be improved, cut or changed altogether. It won’t just include the plot but also the setting, pacing, character development, narrative style, voice and tense. But if you’ve you already examined the plot for inconsistencies and plot-holes you are already almost there.

This blog was first published in Authors Electric