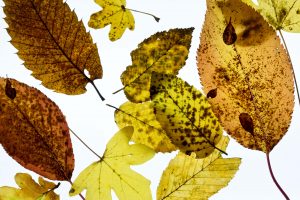 The car window is open. He listens to the croak of ravens, the soft drop of acorns into the moss. He watches the clouds walk across the sky, the sheep cropping the grass on the distant hill.
She has never liked him.
‘You useless piece of shit.’
The way she throws the words out reminds him of the time – the once and only – his father hit him with his mother’s hairbrush. The sting of it makes him wince even these sixty years on.
A smell. The brackish damp of peat. The forest fungi. The wind itself.
‘Are you listening?’ His wife’s voice is as harsh as the knife she once held to his throat.
He grips the slick chill of the steering wheel. ‘We’re not lost.’
‘I’m not talking of that.’ Her voice is the scream of the buzzards high above the trees.
‘What is it then?’ A leaf falls. Just a single leaf. Perhaps a birch. Not an oak. Definitely not an oak.
‘You. Quitting your job. Loser.’
A woodpecker drums on a nearby pine. He is reminded of the sound of the electric drill and he thinks of shelves. He is not good at DIY. She likes to remind him of that. ‘I didn’t quit. I got made redundant.’
‘It amounts to the same thing.’
A cool breeze catches the edges of the map and the paper flutters like a bird’s wing.
She gets out, slamming the door behind her. He looks up, scowling at the pale sun, before fastening his seat-belt. He’s not lost. He doesn’t even glance in the mirror at her retreating form as the tyres spin on the gravel track.